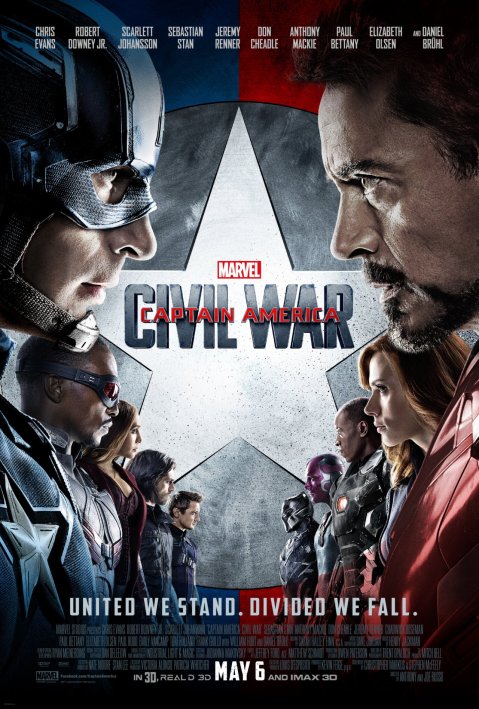 There’s nothing else, and there never has been, anything quite like the Marvel Cinematic Universe. Since Iron Man’s release in 2008, audiences have spent 8 years watching a wide cast of heroes and villains duke it out for the fate of the world, and a bunch of other worlds too. Captain America: Civil War is a culmination of that universe Marvel has meticulously built. After 8 years, Civil War delivers a turning point for the interconnected universe we didn’t know we spent almost a decade waiting for.

There’s a lot going on in this movie. It’s simultaneously a sequel to Winter Soldier, Age of Ultron, and, arguably, Iron Man 3. It’s also an origin story for two new (well, ‘new’) heroes. It introduces a story arc that will most likely impact Marvel movies for at least the next few years. Each of its 10(!) returning heroes get much-needed character development and time to shine in combat. Yes, there’s a ton of stuff going on, and for the first 30 minutes or so, it seems the movie’s extensive scope might throw it off the rails. But when everything pulls together not too long into the movie, audiences will enjoy what is probably one of the best comic book superhero movies ever created. Beyond that, returning fans will also see 8 years’ worth of universe-building finally come into fruition.

The movie is directed by Anthony and Joe Russo, who also directed Winter Soldier. It stars a bunch of familiar actors who you hopefully don’t need me to list out. Captain America (played by the guy you know plays Captain America) is leading a team of new Avengers that is being scrutinized as too dangerous by the government after the world-threatening events of Age of Ultron (and basically every other Marvel movie before that too). Iron Man (played by Blank Blankity-Blank Jr.) agrees with the government, feeling that all heroes should register as government property and act only when they are commanded for safety reasons.

Cap, ever the idealist, believes that registering will compromise the Avengers. It doesn’t help that his longtime pal Bucky Barnes/the Winter Soldier (okay, I’ll give you this one, played by Sebastian Stan) is sighted causing trouble all over the world. Neither hero is wrong; we’ve been following them through enough films to understand both of their ideals, and Chris Evans and Robert Downey Jr. completely convince in their roles. That’s why the subsequent battles hit so close to home.

The action scenes, while less frequent than one might expect, improve upon the high standard set by Winter Soldier. The Russo brothers have the ability to give each punch and explosion weight that grounds every action in impressive realism. This is especially effective when we finally see all the characters’ powers and abilities duking it out in a 6 v. 6 brawl in the film’s second act. Taking place in an abandoned airport, the sequence gives each hero a moment to shine and showcase their abilities while fighting each other for the first time, making the end result both emotional and ridiculously entertaining. 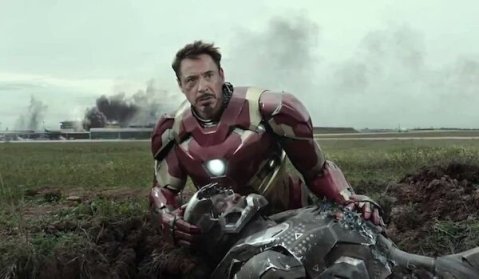 While all the returning heroes prove their worth (especially Paul Rudd’s Ant-Man, who has been recently inducted into the Avengers with a few new tricks up his sleeve), the movie’s newbies prove their worth. First up is Chadwick Boseman as the Black Panther, the king of a fictional country called Wakanda who fights like a ninja and runs around dressed as a cat. Don’t let that description fool you – Black Panther provides some of the film’s coolest action and most intense moments. Boseman plays him with physical and emotional intensity – audiences will both cheer for him, and be slightly frightened of him. 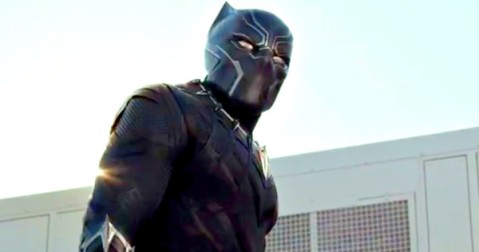 For the third time this decade, Spider-Man is back in action. Tom Holland, who was 18 when Civil War filmed, is the youngest Spider-Man we’ve seen. The actor channels Spidey’s iconic banter faster than his web slings, and Holland stays faithful to the dorky Peter Parker of the comics. His introduction does come without warning and serves purely to bolster ticket sales – but when we have a hero as entertaining as his previous film counterparts, it’s hard to not enjoy him. 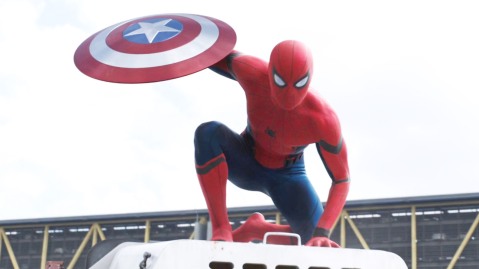 The Russo’s are smart enough to get the big action out of the way early to make room for a more intimate climax that involves only a few of our iconic heroes. While the acting is solid across the board, Evans delivers his best turn as Captain America, but Downey Jr. anchors the emotion of the film. Neither of their characters is wrong, so seeing the two battle it out at the film’s end all the more heart-wrenching. There’s not just action to watch here – the stakes amongst the characters are the highest they’ve ever been.

Civil War is both a culmination and a turning point in an already-established universe. Yes, it has its flaws – the overwhelming story lines seem disjointed at first, and some of the action scenes in the beginning are filmed too frantically to be able to easily follow. Despite that, this is Marvel’s best film yet by a long shot. This isn’t a typical superhero sequel; this is a movie that will set the standard for all superhero movies to come.

Hi. I’m Logan Krum, now going into my third year of studying journalism at Temple University. I created this blog to help create a portfolio of my work as an entertainment journalist and screenwriter. Though I usually disagree with the Tomato Meter, I hope you enjoy my thoughts on current pop culture movies. I can be contacted at logan.krum@gmail.com.
View all posts by Logan Krum Movie Reviews »
« Previous post
Next post »

What are you looking for?

What I’ve been up to 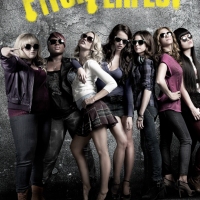